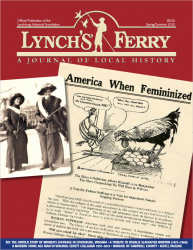 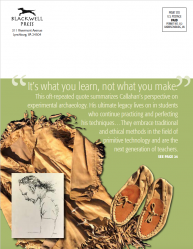 XIX: The Untold Story of Women’s Suffrage in Lynchburg, Virginia
by Ted Delaney

The author deftly describes how local personalities clashed in their efforts to either further or squelch the women’s suffrage movement in Lynchburg. This eye-opening piece will leave you humbled and downright determined to cast your ballot in 2020—no matter what.

A Tribute to Rosalie Slaughter Morton (1872–1968)
by Rachel Gagen, MD
This essay, originally written to commemorate the installation of Dr. Rosalie Morton’s historic marker on Clay Street, now resonates with both the 100th anniversary of women’s right to vote and the epic narratives emanating from the frontlines of the 2020 coronavirus outbreak.

Lynchburg native Errett “Errie” Callahan never outgrew his boyhood fascination with living in the wild. By the time he graduated from Hampden-Sydney in 1960, “he had already developed a ‘Mountain Man’ character—a role he assumed in the summer when teaching wood lore to Scouts at Camp Monacan in Nelson County.” Twelve years later, his interests would place him at the forefront of a new branch of archaeology.
Ivanhoe of Campbell County
by Douglas K. Harvey
This 200-year-old house has many tales to tell—success stories, love stories, hard-luck stories, and, yes, even ghost stories—all of which the author recounts in a house tour that includes his own recollections of the place.


Merci, Pauline
by S. Allen Chambers Jr.
In 1959 Pauline Calloway accepted a summer job cooking and cleaning for a family of four (or sometimes more), but the Dunbar High School graduate graciously took on the additional task of tutoring a rising Princeton sophomore in preparation for his make-or-break French exam in the fall.